The kids and Isla Santa Cruz (The Galapagos)

Conrad: The next island we visited was Isla Santa Cruz and we had lots of fun.  On the first day we got to Santa Cruz, we saw people cleaning some fish and frigate birds were flying and fighting over the heads of the people. One frigate bird grabbed a whole fish out of a guy's hands and dropped it into the water. There were some pelican customers, but they weren't fighting.


There also was a place called Las Grietas. It is a brackish water (fresh and  salt water  that got mixed together) filled crack in between two cliffs, like a little canyon. The marine iguanas really needed to come (they only eat algae), because  I slid down the rocks  and couldn't get back up. There were some big parrot fish, and some other ones that I didn't know.

There was also a big beach named Tortuga beach. It had twelve foot tall waves, and, very good surfing. On that day, I learned how to surf standing up. The walk to the beach was very long but worth it.

When we were at the beach, we saw marine iguanas swimming in the water and  crawling on land. Marine iguanas eat salty seaweed, and need to get rid of the salt. Here is how they get rid of salt:  The marine iguanas sneeze out a mixture of a salty liquid, and snot. We call it snalt.
Also at Tortuga beach there were little black tip sharks, and we thought that the little black tips were the only things around. That is, until we saw a foot tall shark fin which, if the fin was a foot tall, the shark must have been seven feet long. On the night before, we bought a yellow fin tuna. Dad cleaned it and tied the carcass to the back of the boat hoping to see a shark. About a half an hour later, a shark came. It was big. Eight feet long at least. It grabbed the fish, the sharks' teeth sawed through the rope, and it then had a decent dinner.

The day after we went to Tortuga Beach, we went to a tortoise breeding center. We saw the breeding in action! A male tortoise was on top of the female, or the other way around. 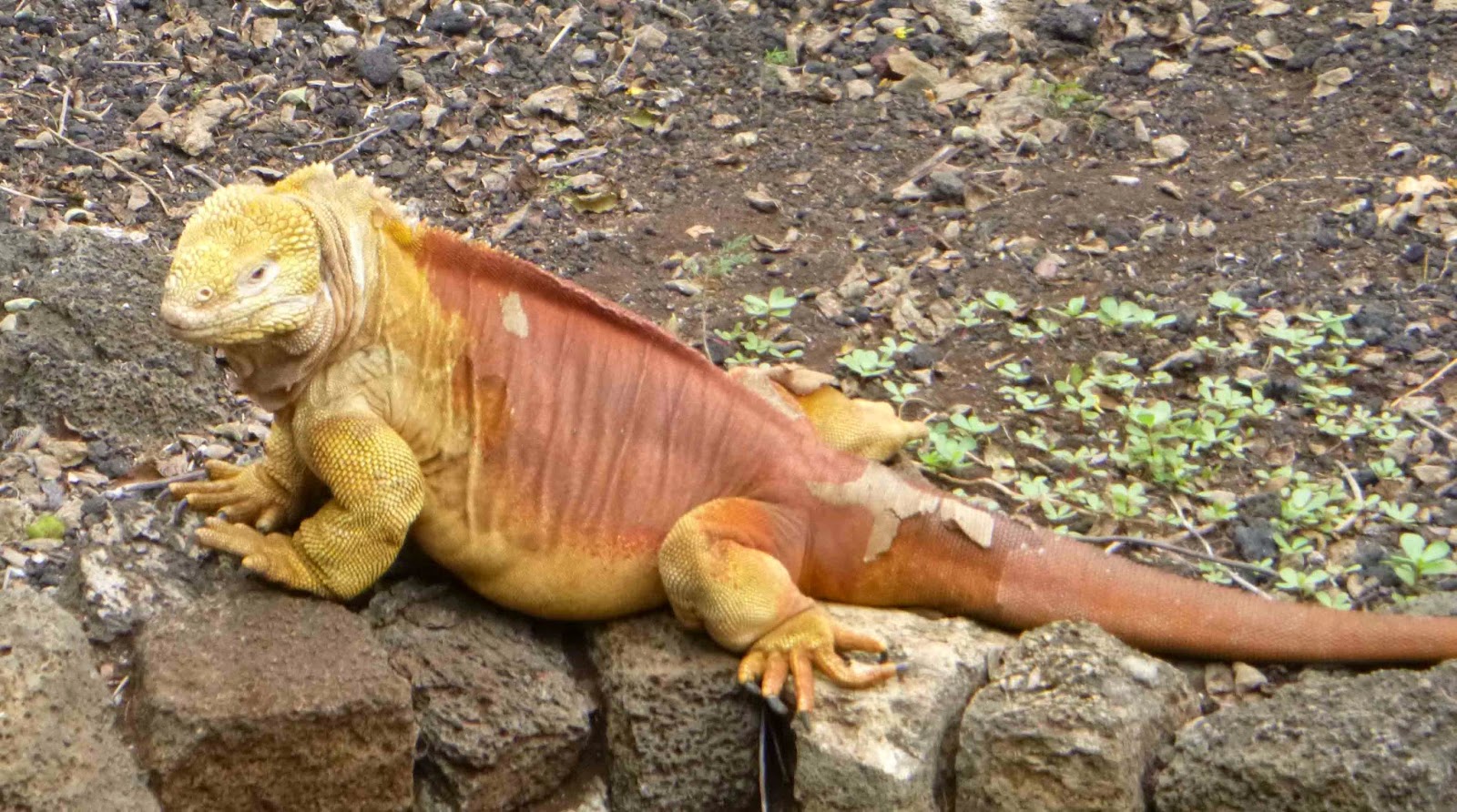 We also saw land iguanas at the breeding center.


There is also a place called the Lava tunnels. The tunnels are very interesting. In the tunnels it is very wet, and there is almost a mist in the tunnels! It was like being in air conditioning. We also saw fool's gold in a crevice in the ceiling.
The Galapagos is the coolest place ever!