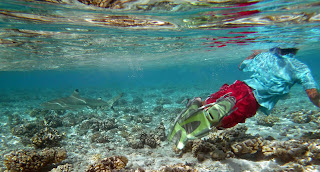 A marine biologist and saving the animals


Waking up in the morning and finding out that you are leaving on a plane to Florida to live on your new boat is unimaginable. Now we are thousands of miles away from Florida, in the Tuamotus and have visited the coolest places. Now it's all this: we live in the ocean, and there are whales, fish, sharks, jellyfish, and other amazing animals. So now I want to be a marine biologist. At the first island in the Tuamotus we saw giant clams. We collected lots of little pearls and a few bead sized ones. 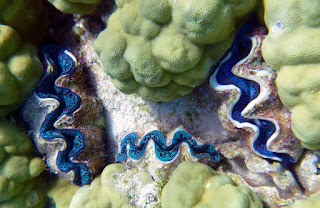 In the Bahamas, we went to the Thunderball grotto. Here in the Tuamotus, earlier today, we went snorkeling and saw a shark, and blue, green, purple, black, and white lipped giant clams.
Now we come to "Save the Animals." "Save the Animals" is a club for saving the  animals. Our friends on Mandala started the club, but their mom got sick so they left to Canada which is where they are from. The club is separated but, we're still going.


We were in one of the most annoying passages we have ever experienced besides the one at Nassau in the Bahamas, where 2 twelve- foot waves broke over the boat. From that breaking wave, I got minnows in my pants. The first night's dinner of the three day crossing: crackers, cheese, and cold chicken. Night 2: pasta. Night 3: Indian food. It was a horrible crossing, yes, but we got a fifteen pound tuna, and saw an 18 inch flying fish. On the day of arrival, we had gnocchi for dinner. On day 2 we found out that our sail had ripped. At least we made it without sinking. (Not that we were going to.)
Nuka Hiva (The Marquesas)


The big sloop even had a sea plane on the back! When we were done with the main bay we went to a place called Controllers Bay. We saw local dancing and heard local music. I even found a drum stick (broken) that I got to keep. We left Controllers Bay and went to a place that is called Anaho. We went to shore and found a beach. It had bad waves so we dug until Seabbatical got there. Then we explored some rocks and then found a new beach with six foot tall waves.
Oa Pou (The Marquesas)


We left from Tahuata to Oa Pou (pronounced Wa Poa).  On the crossing from Tahuata to Oa Pou, lots of annoying events happened: 1 it was very rocky and I kept hurting myself. 2 we dropped our fish landing net into the water. 3- well let's not keep going on and on about bad things happening. We saw cool rock spires.
I also had fun playing soccer with Finn from Seabbatical against the locals. The local were good and had the speed that Finn and I didn't. 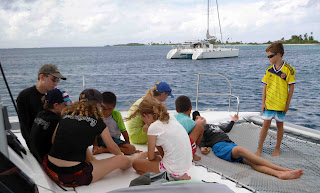