Sand castles in the wind 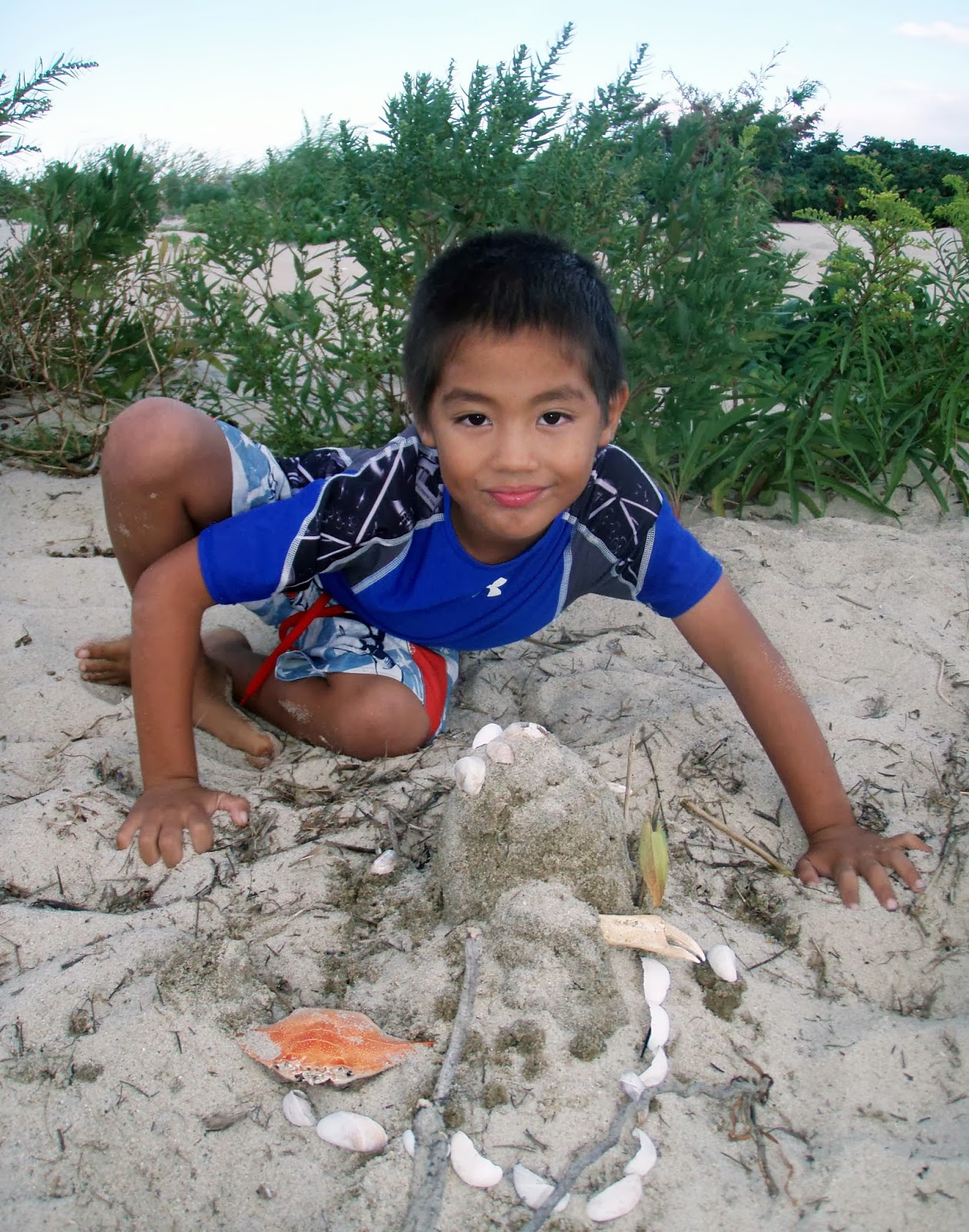 We built sandcastles today while Dad went to the store. It was very windy by the shore even though inland it was not.

Mark: I worked hard on my kingdom. I made a bunch of flags too. The crab shell is the drawbridge and there are shells for walls. The shell wall is by the crab shell. I like the 2 crab claws. They are automated. They are defenses for the kingdom. I like my kingdom a lot. It was fun making my kingdom but I had to hurry. 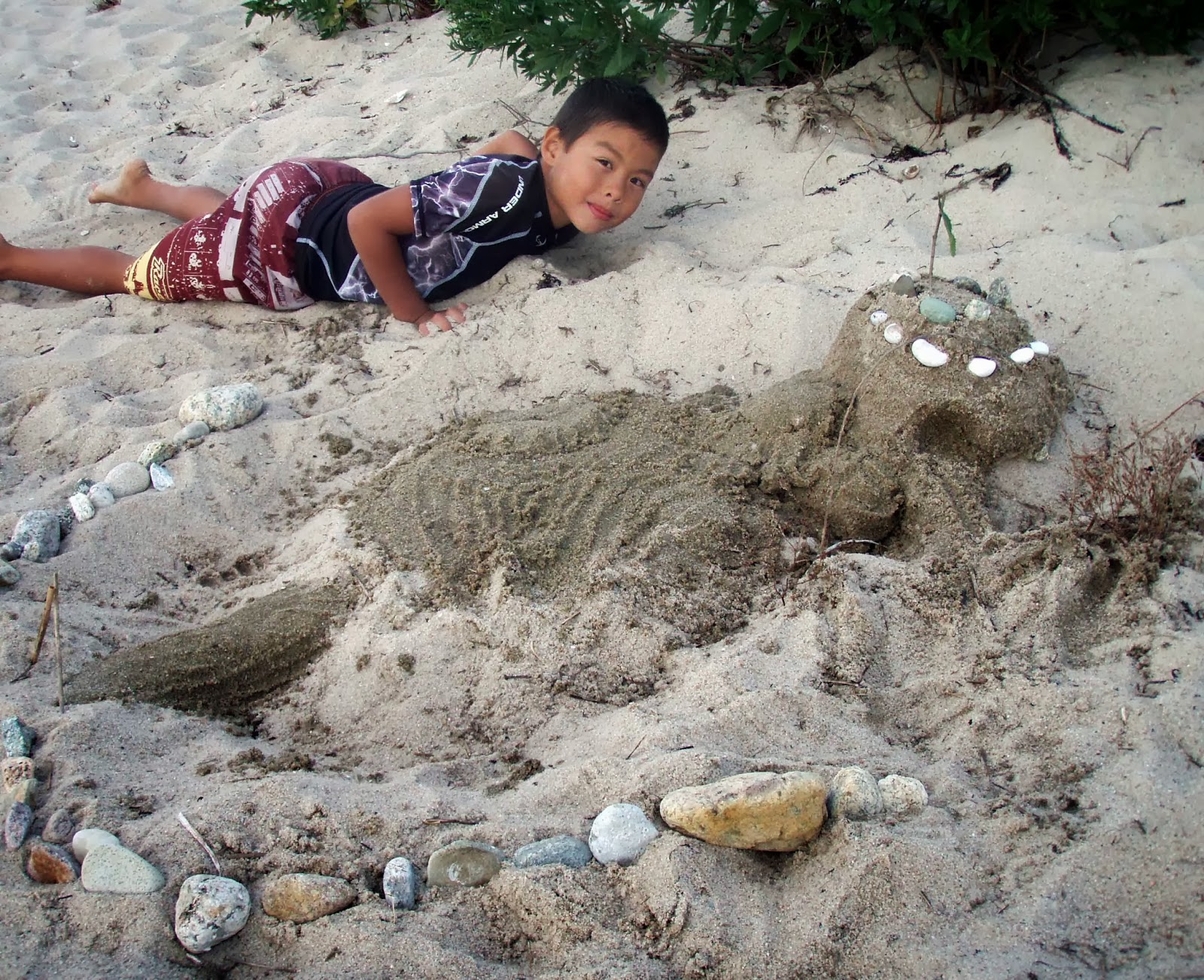 Conrad: I got the idea for making the stone wall and the big kingdom from the Great Wall of China. There are two drawbridges. One is not showing though. There is an arch at the front of the castle where the first drawbridge that I made was. I made the moat deep. I tried to dig to water but I couldn't so I just had to leave it deep. I still liked it.﻿
Posted by SV Perry at 7:42 PM