Chum and chum and fish

We are in the Tobago Cays Marine Park. It's like being back in the Bahamas because the water is so clear. We took this picture when we were at the beach. We took the boogie board and decided to go snorkeling when we saw a stingray. We also saw the butterfly fish that Mark took this picture of. 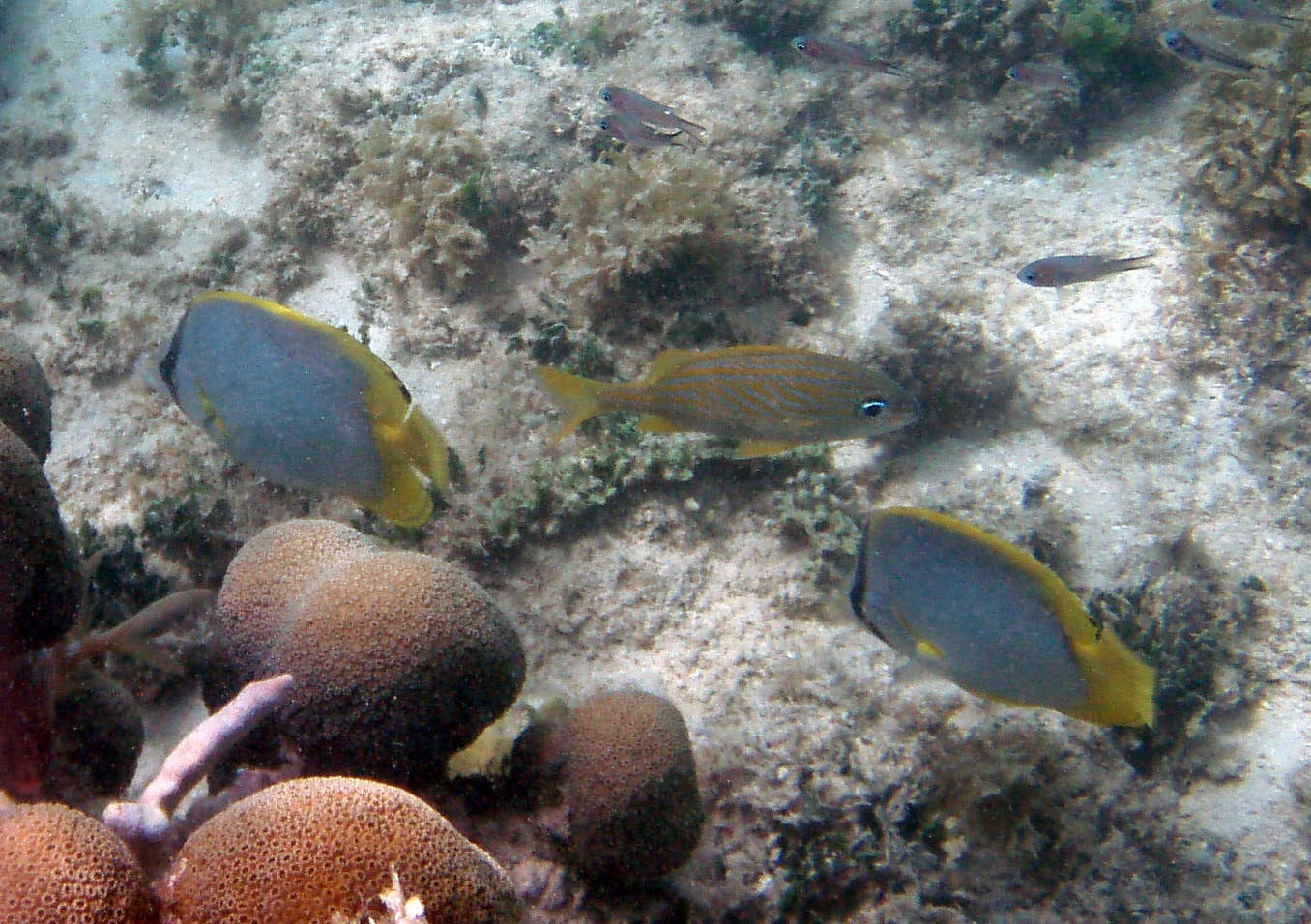 After that, Dad saw the first black tip reef shark. A man was cleaning fish and dumped some fish guts in the water. The sharks, stingrays, and fish smelled it and the seagulls saw it. They started a little feeding frenzy. The guy that was putting the chum in the water said there was a 7-foot white tip reef shark in the harbor. 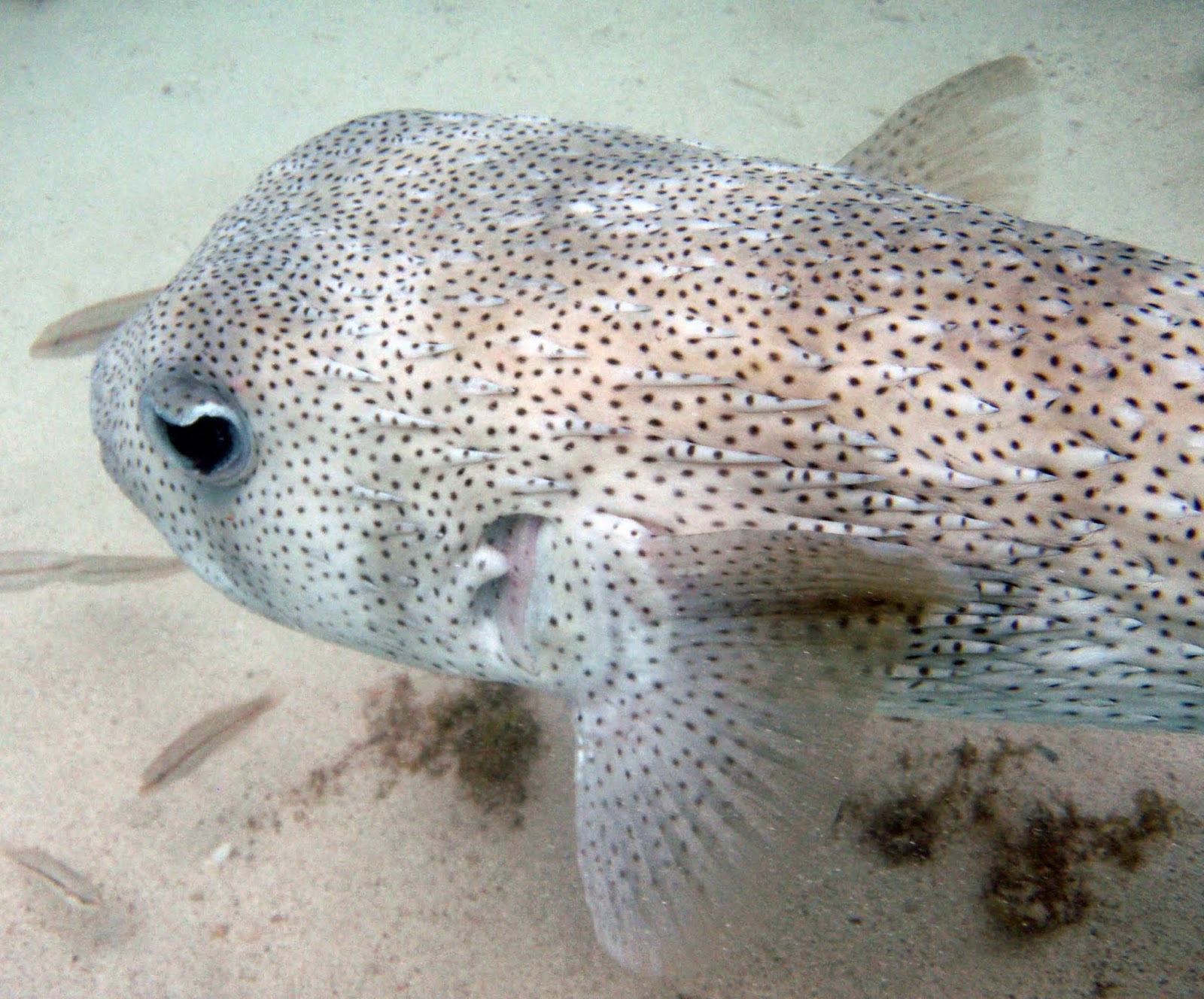 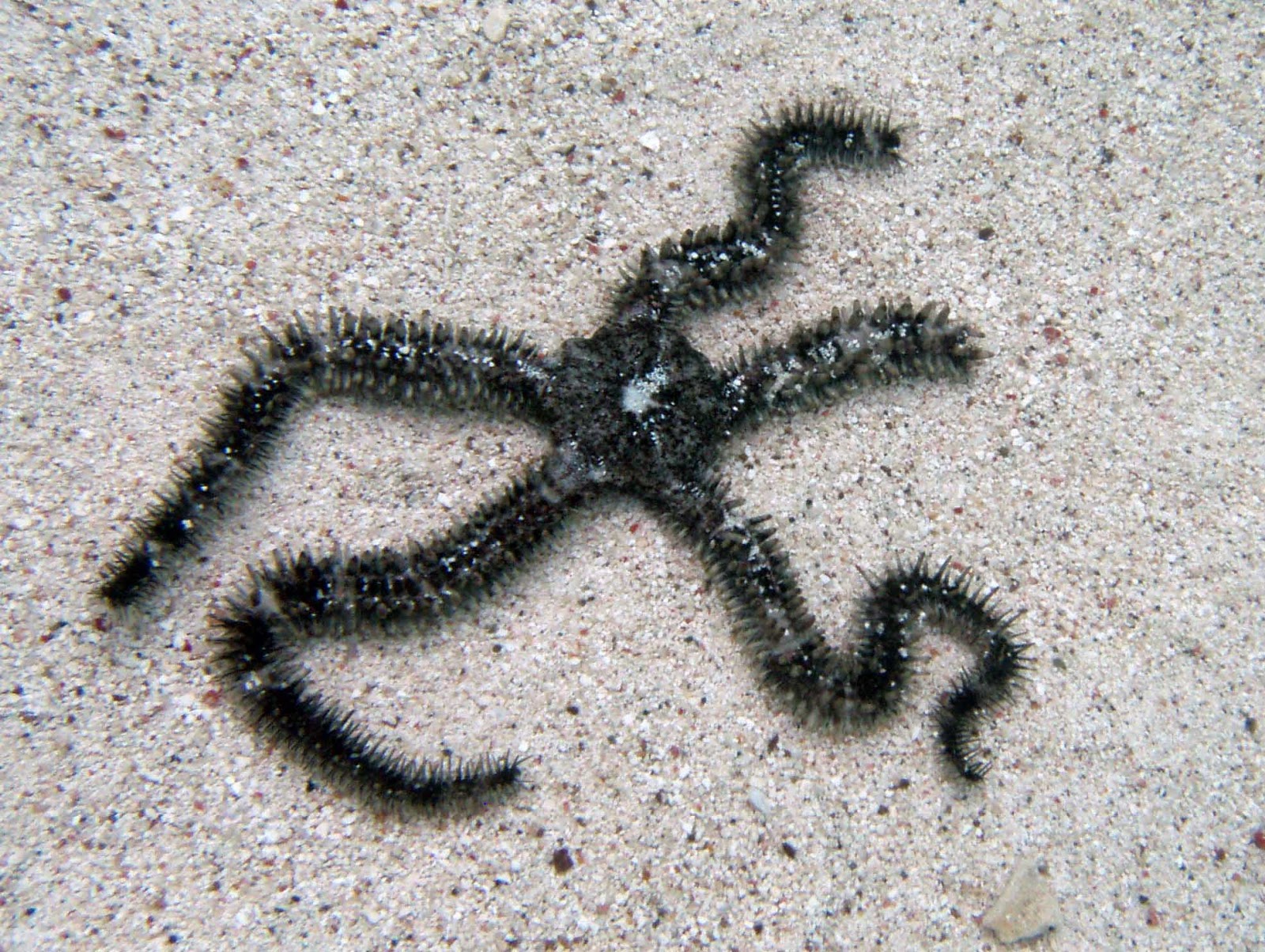 The brittle star is regenerating a leg. At first I thought it was dead but after about 5 minutes it started moving around. I yelled to Mark to bring the camera and we took a picture.

This morning after school, Dad told us he had a surprise for us. At first Mark thought it was going to be a toy but it was the fender swing. We played for about 10 minutes and did silly things like twisting each other around. Our legs would get tangled up and we would walk around on our hands with our feet stuck to the fender until we fell off. It happened it to Mark first accidentally and then we did it on purpose because it was funny.
Posted by SV Perry at 3:49 PM